Whilst none of us are immune to these psychological vulnerabilities it is our inherent ‘resources’ that give us the mechanisms to cope. Whilst developing her current series of work Wendy [Connelly] was struck by how Art can be used in response to mental health. Two pieces currently on exhibition at the Doncaster Art Fair were selected. There is an interaction between the psychological vulnerabilities and the psychological strengths. Wendy consciously filters and makes use of the extraneous details from the landscapes she explores. The Fog is a mirror of self, layers shifting and leaving traces that are muted and transformed by each other. Forms are fighting to be at the fore, the image of self is lost in the moment, as a swell takes over and you are at sea.

An artist’s need for depression to be a fuel or muse for their creativity has been a prevalent, if not somewhat stereotyped sentiment that has given rise to the terms “tortured artist” and “mad genius”. Some of the greatest names in the world of Art – whether painter, poet, writer, musician, dancer or photographer – have well documented ‘mood disorders’ attributed to their creative genius. One only needs to look at the painting ‘Scream’ by Edvard Munch to see an inner torture of some kind. He wrote in his diary at the time of completing the ‘Scream’ that ‘[My] fear of life is necessary to me, as is my illness…. Their destruction would destroy my art”. Are artists therefore, more susceptible to a range of mental illnesses? Do some artists require a certain ‘mental torture’ to produce works of creative genius?

“My fear of life is necessary to me, as is my illness…. Their destruction would destroy my art”

Professor Kay Redfield Jamison suggests that ‘to assume that such diseases [bipolar disorder, manic depression] promotes artistic talent is a falsehood and only ‘reinforces a simplistic notion’. Several studies have identified that many accomplished artists ‘do not suffer from recurring mood swings’, and conversely, Jamison continues, ‘most manic-depressives do not possess extraordinary imagination’. Yet we can observe, through the annals of time, that some artists have indeed suffered for their art, and for others clearly their art has stemmed from suffering. But as Scott Barry Kauffman (American psychologist) propounds, there is an inaccuracy ‘to say that all creatives run the risk of mental illness’.

An interesting study was published via the University of Gratz in Austria comparing the brains of creative people. The conclusions to the study suggest that ‘creatives’ take in more information and are less able to ignore extraneous details. Put more simply, ‘the brain does not allow them to filter’. That an artist/creative is able to filter and is consciously able to do so too, gives rise to an extraordinary and contradictory situation of [a creative] being ‘occasionally crazier and yet adamantly saner than the average person’ (Frank Barron 1963).  These psychological vulnerabilities (degrees of stress, anxiety and depression) can, and often do, interact with psychological resources or strengths (self-acceptance, autonomy, hope, ego-resilience). Largely, when one is experiencing more symptoms of psychological vulnerability one is less likely to be psychologically well (Zorana Ivcevic Pringle). Fewer than 10% of people have high degrees of both and researchers at the Yale Center for Emotional Intelligence conclude that this ‘tends to predict creative achievement’. The need for Art as a form of therapy is more crucial than ever, as we emerge from the pandemic. We all need support in myriad ways to find our new normal and since creativity can be healing, people with mood disorders may instinctively turn to art to themselves cope or heal.

RAW-i Studios is a creative project delving into the ideas that inspire us as individuals. 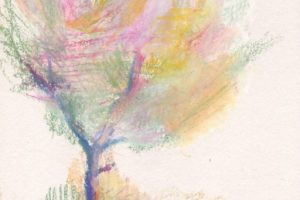 Robin and Wendy – Founders of RAW-i Studios The purpose[...] 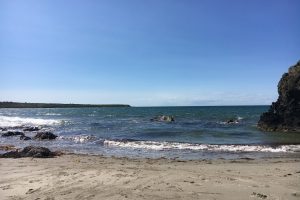 Following the lines of the rugged coastline we wander to[...] 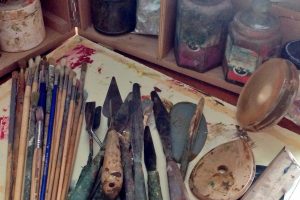 Do you intend to forge a career in the field[...]

Your email is safe with us.

This site uses Akismet to reduce spam. Learn how your comment data is processed.

We're currently in the studio. Send us an email and we'll get back to you.

Type and press Enter to search